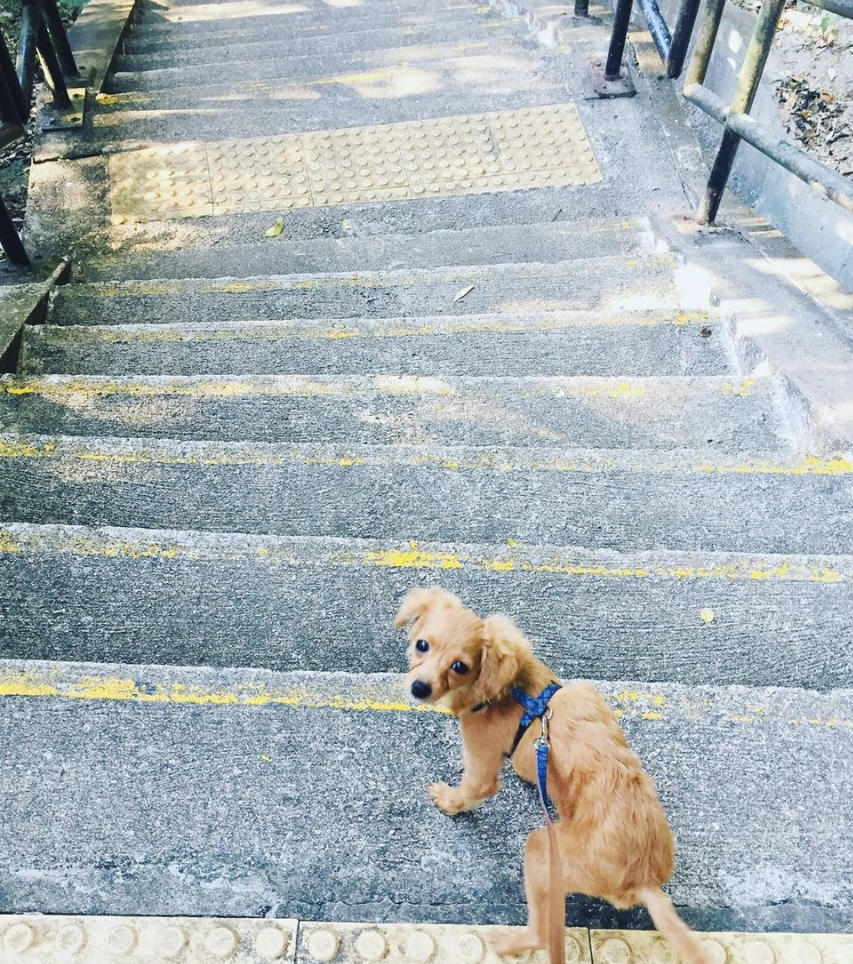 We reconnected with Ashley (not his real name), who arrived in the UK on 6 August 2020 on Leave Outside the Rules (LOTR). He flew back to Hong Kong in late September because of rising COVID-19 cases in the UK, and upon arrival he tested positive. Although this derailed his plan of starting a new chapter in the UK, he plans to apply for the BNO visa in mid 2021.

He told Ying Goi Dim readers: “Even though there was an interruption to my UK settlement… Hong Kongers need to know it’s not that hard to start a life in the UK.”

You can read Ashley’s LOTR arrival story here, and about his job here.

Why did you decide to fly back to Hong Kong? ⦁ 點解你會返香港嘅

One of my colleagues at my job selling broadband was tested positive, so the whole sales team was told to stop going back to work temporarily. Around that time, there were rumours of another lockdown in England because of rising cases.

I planned to visit my family and my dog in Hong Kong this December anyway, so I decided to do that trip earlier. I flew back to Hong Kong in late September, when a Covid-negative certificate was not required.

And when you landed you were tested positive… ⦁ 返香港之後你嘅病毒檢驗結果係陽性…

After I landed I had to do a deep throat saliva test, and then was sent to a hotel to wait for the results for about a day. The result came back as positive and I was sent to the closest hospital. It turned out that I was asymptomatic, so they put me into an isolation room with 3 or 4 other asymptomatic patients.

I was discharged as I had a high level of antibodies and low level of viruses. The doctor said I probably have had the virus for quite a while… I didn’t have to pay for the hotel or hospital stay. I have to say the Hospital Authority did a good job, I’m pleased.

After I was discharged I self isolated for 14 days.

What did you learn from your two months in the UK? ⦁ 喺英國嘅兩個月你學到啲乜

I made two friends – both Hong Kongers. I really felt that Hong Kongers are helping each other when I was in the UK.

My British colleagues were also great and I am staying in touch with them.

Even though there was an interruption to my UK settlement, the biggest lesson for me was that it’s actually easier than I thought to start a new life in the UK.

Hong Kongers need to know it’s not that hard to start a life in the UK.

My plan is to apply for the BNO visa in mid 2021. I am going to equip myself for it. The visa at £250 for five years is a lot cheaper than I thought, meaning Hong Kongers can spend their money on other things related to moving. It is great news to us.

And you are reunited with your dog! ⦁ 返香港可以見返你隻狗喇

I hope COVID-19 will be gone by then, I really want him to be able to fly with me.

How to move to the UK with a cat ⦁ 點樣同貓貓移民 »