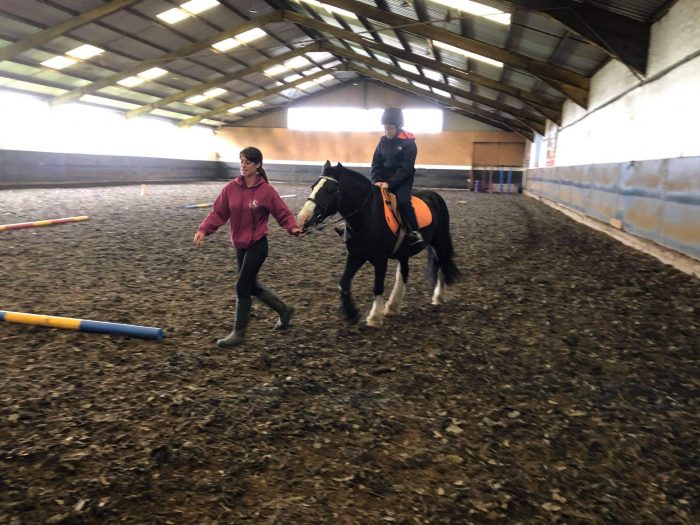 Before coming to the UK, GoGo (高高) thought starting a new life in the UK with his wife and son would be expensive and difficult. He wanted to stay in Hong Kong for a few more years and to earn more before moving but the rapidly changing environment in Hong Kong meant the longer he delayed his move, the less fair it was for his 9-year-old son. As he did his research, he noticed living in the North is affordable, and his house is “frankly cheaper than a flat in the Greater Bay”.

You came to the UK first as visitors. How did you then get LOTR? ⦁ 你點樣由遊客身份改變成攞LOTR

We arrived in early August as visitors because my BNO passport renewal was still in progress. Soon after, we decided to re-enter the UK and apply for Leave Outside the Rules (LOTR) so the adults can work and our child could go to school.

We booked a flight to Germany, and on the same day we returned to the UK. We picked Heathrow because the officers are more used to dealing with LOTR applications there.

Why did you pick Durham? ⦁ 點解會揀到咁北去 Durham

Firstly, houses here are cheaper, even cheaper than Manchester. It’s a small city with good neighbourhood and low crime rate, which is an attraction.

The cost of living is lower. As an example, in a normal restaurant, I can get a set lunch (main course plus a drink) for less than £6.

In terms of schools, there are also many good ones in the area. Many are rated outstanding by Ofsted.

It is also a university town, which should support local employment.

Durham is less than 30 minutes away from Newcastle on car, so we are not far from a larger city.

The weather also seems bearable in winter, a few degrees lower than London in winter.

Was finding a school for your son easy? ⦁ 喺北面搵學校容易嗎

Yes, it was. That’s what I really like about Durham, as competition for school places is not as fierce as in the south.

Back in Hong Kong, I identified some schools for my son. We emailed the schools and one of them confirmed it would have space for him when we arrive.

There is one British born Chinese kid in my son’s class, but otherwise many of them are white, and my son gets along with them.

With less homework and the teachers not as pushy, my son is also more motivated to learn.

Durham is very different to Hong Kong. What is life like in the North? ⦁ Durham同香港非常之唔同，英國北面嘅生活到底係點㗎

As a family, we’ve decided to learn and embrace the UK culture. Every weekend, we will do something outdoors. We’ve been to heritage sites and castles, and we would go hiking and do bike rides, too.

The sight of a plain grassland with cows and sheep around us – this is what we love about the North.

You were a school teacher. How’s job hunting so far? ⦁ 以前係教師嘅你，係英國搵工難嗎

I tried to apply for teaching jobs. I sent around 7-8 applications for similar roles that I did in Hong Kong, but I didn’t hear back from the schools.

I tried to apply for different jobs, including caregiving roles because it appears to not require any specific skills. I sent several applications, but also did not manage to get an interview.

The situation in the UK is worse than I thought. I didn’t mind finding a job with lower salary, that’s expected, but it feels to me my Plan B is not really working out.

You applied to renew your BNO passport in July and still haven’t received it?  ⦁ 你七月申請BNO護照，到而家都未收到

That’s right. On the system it is still shown as “processing”. I managed to enter the UK with LOTR because I am a BNO, but I still want to have the passport in my hand.

An immigration lawyer suggested that I write to the Home Office to ask for my BNO passport record. Once I received that, the lawyer reviewed it and saw nothing that would delay my passport renewal.

I wrote to my local MP (Member of Parliament) and asked him to check with the Home Office why it has taken so long. My MP did write to the Home Office for me. Let’s see what happens now!

« Mind the gap between LOTR and the BNO visa process ⦁ LOTR喺BNO簽證接受申請前過期可以點？

I left my family in Hong Kong to start a new life in the UK in 2008. I have been through a lot of the emotions of searching for my own life and my identity as a Hong Konger. I'm here to help you in your move.