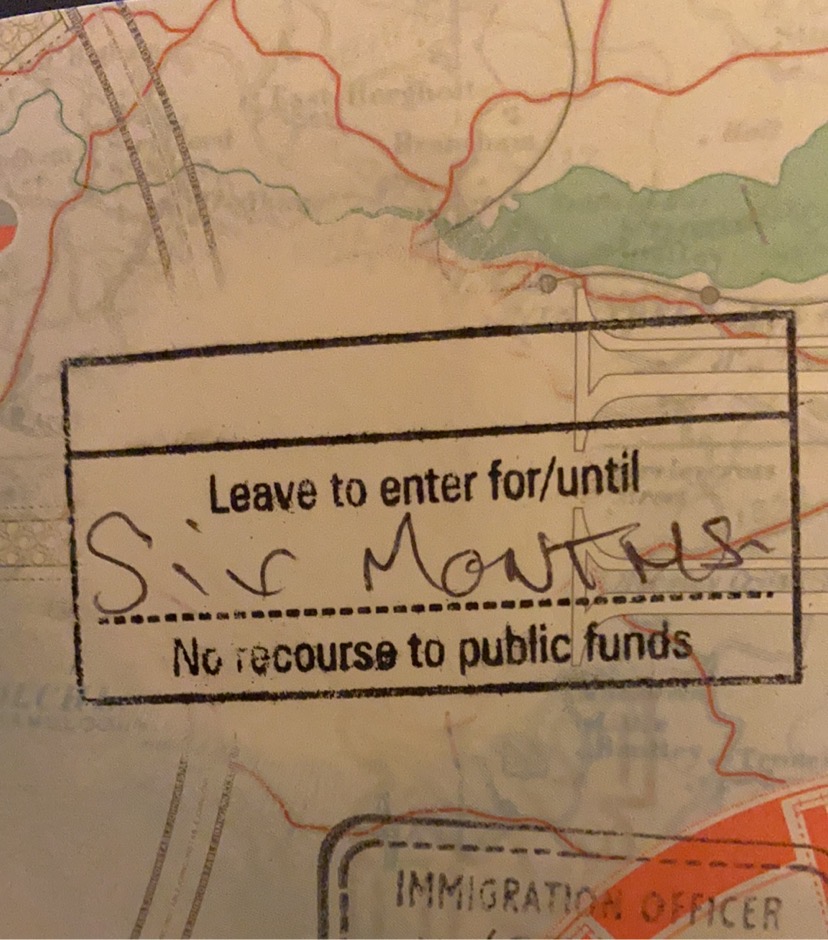 Ashley (not his real name) arrived in the UK on 6 August 2020 and was successfully granted Leave Outside the Rules (LOTR) at the UK border. He talked to Ying Goi Dim about his experience.

We followed up with Ashley later when he found a job, and eventually went back to Hong Kong.

I resigned in early July, bought a one-way ticket, and arrived in the UK one month later • 「我七月頭辭職，買咗張單程機票，一個月後到英國。」

I am not married and decided to move to the UK in June. I handed in my resignation letter in early July and worked till 31 July. I landed at Heathrow airport on 6 August.

On the same flight I met a family of four from Hong Kong that was also applying for LOTR. They are in the process of applying for a start-up visa as well as student visas for the kids, but decide to come on LOTR before the academic year starts so their kids can start school in September.

In terms of money, I put around HK$45,000 between my Monzo (an online bank) account and my Transferwise “borderless” account. I had a little bit of cash with me, too.

I rented a place via Airbnb before I landed. Now that I have settled in for a few days, I managed to rent a place on a 3-month contract via flat-sharing site Spareroom.

I also had full health insurance sorted out before coming.

At the border, I gave the officer my BNO passport and said I wanted to apply for LOTR •  「過關嘅時候，我比我嘅BNO護照佢，然後同佢講我想申請LOTR。」

He took me to a waiting area and asked me a few questions. The questioning lasted no more than 3 minutes:

He took with him my passport and bank statement, which showed that I only had HK$20,000 in it. He came back 15 minutes later with a chop on my passport that said I now have leave to enter for 6 months.

He asked me to give him the address of where I would be staying and my mobile number. I applied for a UK number already when I was in Hong Kong, but I also left him the mobile number of my Airbnb host.

I worked in a sales department in Hong Kong, but I am not confident with my English just yet to interview for a salesperson job here. I was interviewing for a more basic job.

I don’t have any friends here yet, but I am willing to start a new life.

Which bank to recommend? ⦁ 推薦邊間銀行 »